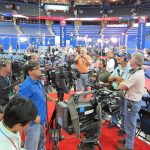 Next up for Louis Libin and the other TV engineers coordinating frequency use at this year’s Democratic and Republican political conventions is a pair of what’s dubbed RF War Games — highly organized, methodical tests designed to track down and correct any source of harmful interference before each event begins. “The RF War Games are […] 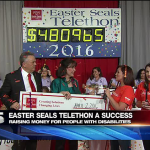 This week’s technology feature article, “The Future of Wireless Mics Is Full Of Static,” like so many others I have written recently, revealed lots of interesting developments that just didn’t fit in the story. So once again, I rely on the Playout blog to cover details that didn’t make it into the story. In no […]