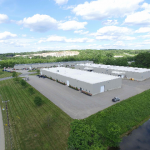 Dielectric this fall plans to open a 33,000-square-foot manufacturing facility in Lewiston, Maine, 25 miles north of its headquarters in Raymond. The new plant will be used to meet increased demand stemming from the FCC’s repack of the television band. It will produce all UHF main and auxiliary TV antennas when opened, the company said. […]

Telemundo’s WNJU New York and The Durst Organization will conduct a ribbon-cutting ceremony Friday, June 23, to mark the return of over-the-air TV transmission to downtown Manhattan from One World Trade Center in New York City. In May, TVNewsCheck reported in “WNJU To Kick Off 1 WTC OTA Transmission” on the progress at One World […]

No doubt many in the TV industry are poring over yesterday’s FCC public notice and associated documents wrapping up the incentive auction and officially starting the 39-month clock to complete the TV spectrum repack. Count me among those who are a bit bleary-eyed after focusing on one such document: “Final Television Channel Assignment Information Related […]

In my CES 2017 preview last week, I mentioned one theme of sessions at the convention this week in Las Vegas would be the attempt to more closely integrate mobile devices with other viewing devices, like TVs. The idea is to offer viewers a more fluid viewing experience that allows them to enjoy continuity in […]

The South Korean government has selected ATSC 3.0, the next-generation TV standard developed by the Advanced Television Systems Committee, as the nation’s standard for OTA UltraHD TV broadcasting, according to a Seoul-datelined report from the Yonhap News Agency. The report, which quotes a South Korean science ministry official, said the nation “preferred the ATSC 3.0 standard […]

Broadcasters who think of weather radar and the sophisticated algorithms to turn that data into usable forecasting tools when they think of Baron may want to expand their vision of what the company does, especially after they see its latest product at 2016 NAB Show, April 18-21 (exhibition dates) in Las Vegas. There the company will […]

A new report from AdRoll finds one-quarter of marketers say they are buying programmatically on TV. The report, a state of the industry document examining programmatic, polled 1,050 U.S. marketers to learn about their perspective on “the changing dynamics of the advertising and marketing landscape.” The finding seems entirely consistent with what I learned when […] 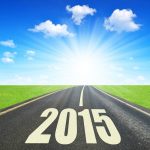 Happy New Year to the television industry! In the spirit of ringing in the New Year, here are my top 10 wishes for the TV industry in 2015: A single flexible, extensible next-gen TV transmission standard. Competition is a wonderful thing, but it’s hard to see how the TV industry avoids a downward spiral fueled […] 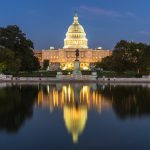 I couldn’t help but shake my head in disbelief as I read a “Policy Blog” posting by Dennis Wharton, EVP of communications for NAB. The blog, “Dumb Stuff Said in Washington, D.C.,” relates an assertion made during a panel discussion at the National Press Club as part of forum put on by the Technology Policy […]