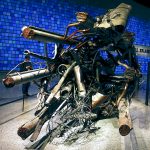 As the National September 11 Memorial Museum in New York City opened this week to the public, visitors are encountering the remains of the World Trade Center’s broadcast antenna mast destroyed by terrorists in 2001. Here is part two of the story of how that demolished antenna brought New York City broadcasting to its knees […] 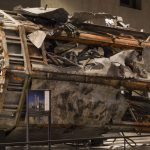 The National September 11 Memorial Museum opened this week on the old World Trade Center site in New York City. Part of the emotional museum exhibit is the demolished television broadcast antenna mast that was used to transmit many of New York City’s broadcast signals before the terrorist attack. A new antenna mast atop One World Trade […]