Sinclair Broadcast Group and Nexstar Media Group, the two largest station groups in the United States, today announced an agreement on how to coordinate the transition of OTA delivery of ATSC 3.0 TV service in 97 television markets. The agreement, which the broadcast groups are calling “tentative,” follows an announcement earlier in the year that […]

My TVN Tech Thursday story today (“Diginets Should Be Safe In 3.0 Transition“) delves into whether available encoding technology is up to supporting an industrywide effort to make it possible for TV broadcasters to launch ATSC 3.0 services on a voluntary basis while maintaining their primary and digital subchannels on which popular diginets are aired. […]

InteractiveTV Today (itvt) has honored ATSC 3.0 as the “Most Significant New Technology” at the 11th Annual TV of Tomorrow Show, the Advanced Television System Committee announced today. The award recognizes the industry’s “most innovative and disruptive technology, platform or product,” ATSC said in a press release. “It’s a great honor to be recognized by […]

South Korea launched 4K UHD TV using the ATSC 3.0 next-gen TV standard as a 24/7 over-the-air broadcast service on May 31. A contact at Fraunhofer passed along a blog the company has written about the event that is informative. The piece, “South Korea Launches UHD TV With MPEG-H Audio,” focuses on the immersive audio […] 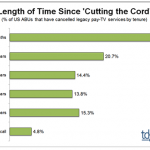 I couldn’t help but think of a presentation Anne Schelle, managing director of the Pearl TV consortium, gave at TVNewsCheck’s 2015 NewsTechForum about ATSC 3.0 when I received a press release today from Plano, Texas-based The Diffusion Group (TDG). While the main point of Schelle’s talk was about how the next-gen TV standard would one […]

Registration is open for the Advanced Television Systems Committee’s ATSC 2017 Next-Gen Television Conference May 16-17 at the Ronald Reagan Building and International Trade Center in Washington. Sessions on the first day of the conference are aimed at technical experts, and those on the second day the program will look at ongoing ATSC 3.0 tests […]

Two pieces of good news from Harmonic for TV channel-sharers — whether they’ve signed on to a sharing agreement as part of the TV spectrum repack or they’re looking at how to implement a strategy to keep ATSC 1 service on-air while taking the long road to an ATSC 3.0 market transition — emerged April […]

More information emerged today on an over-the-air test being conducted by broadcasters of ATSC 3.0 audio watermarking technology as first reported by TVNewsCheck on Feb. 9 (3.0 Watermark Test Is Foundation For Future). The Pearl TV business alliance of eight major broadcast groups; Fox; NBC’s WVIT Hartford, Conn.; Univision; and Verance are working together on a […]