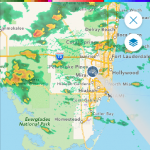 As people living in a large swath of the northeastern United States hunkered down in mid-March for Winter Storm Stella, they had an important new tool to add to their survival kits — right next to the shovels, snow blowers and plow blades. That tool was the Live Radar in-app interactive feature for Android and […]

In my CES 2017 preview last week, I mentioned one theme of sessions at the convention this week in Las Vegas would be the attempt to more closely integrate mobile devices with other viewing devices, like TVs. The idea is to offer viewers a more fluid viewing experience that allows them to enjoy continuity in […]

Reporters in the field have a new option for uploading still photos and video with the announcement today of BPNet Upload from Broadcast Pix. The app is free and is available for iOS and Android mobile devices, the company says. It provides accelerated sharing of content and is simple to use, the company says. The […] 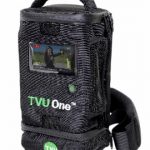 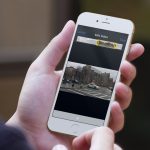 Does this sound familiar? “News is about content, and I need to get as many feet on the street as possible to drive up my station’s story count and attract more viewers.” One of the major drivers of IP newsgathering has been this type of thinking. Rather than limiting field newsgathering to crews assigned to expensive […]

What happens when an online gaming meets television news? If you are ABC News, the answer is a new game console app for Microsoft’s Xbox One. The app, which ABC News officially launched today, provides Xbox One users with immediate access to simultaneous streams of live video and on-demand entertainment news, programming and highlights from […]