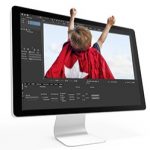 Imagineer Systems, creators of Mocha technology, will give NAB attendees a technology preview of new capabilities planned for the next release (version 4) of Mocha Pro and Mocha AE planar motion tracking and visual effects software. The technology demonstration will showcase new tools for stereoscopic workflows in 3D filmmaking and roto masking technology designed to […] 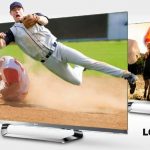 ESPN’s move to shut down its 3D channel at the end of the year tells us consumers just aren’t ready for eye-popping, live sporting events. So what are TV manufacturers saying? 3D isn’t being as heavily marketed today as it was, say, three years ago, but one TV manufacturer believes it still has a role […]

ESPN is shutting down its ESPN 3D channel at year’s end, a company spokesperson confirmed to TVNewsCheck. ESPN 3D Launched in June 2010 with the 3D broadcast of the 2010 FIFA World Cup. In an interview with TVNewsCheck two weeks ago, ESPN CTO Chuck Pagano said the sports network was still actively involved in pushing […]