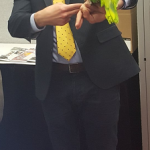 Right after the 2017 NAB Show, I relayed my story about a woman I met who had a service cat in a baby stroller at the Las Vegas Convention Center. In that blog, I mentioned I wished I had seen the cat walking on a leash like she had mentioned. A reader sent me an image from a couple of […]

I receive a lot of press releases from tech companies in our industry that never see the light of day — mostly because they don’t quite fit into what I am trying to do in Playout. Many that aren’t used relate the financial or sales performance of various companies. That’s especially true around major trade […] 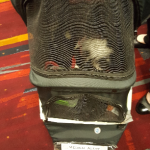 You never know what you will find at the NAB Show, and this year’s extravaganza didn’t disappoint. Consider the friendly woman I met at the Women in Technology reception with a baby stroller. It might be a little unusual to find a baby at NAB, but what the heck, there’s nothing strange about a mother […]

The Advanced Television Systems Committee will showcase the capabilities of ATSC 3.0, the next generation TV standard, at the 2017 NAB Show in a special pavilion, ATSC announced today. The ATSC 3.0 Pavilion located in the Futures Park in the North Hall of the Las Vegas Convention Center will present about a dozen companies with […]

TV broadcasters attending the 2017 NAB Show will travel to Las Vegas with two industry-transforming topics in mind: TV spectrum repack and the approaching rollout of next-gen TV based on the ATSC 3.0 standard. Like it or not, the two are intertwined -so much so that at times it can be tough to tell where one […]

Job one for TV broadcasters at the 2017 NAB Show will be planning for the TV spectrum repack, which is upon them. A close second will be next-gen TV service based on the ATSC 3.0 standard. While reimbursements from the $1.75 billion Broadcast Relocation Fund may not be used to upgrade the RF infrastructure of […]

Fox Television and the CW Network will host meetings with their affiliated television station representatives at the 2017 NAB Show in Las Vegas, NAB said today. The affiliate boards of directors of ABC, CBS, NBC and Fox Television also will once again hold meetings during the event, NAB said. This year’s gathering is the 10th […]

Broadcasters and other media pros who want to see for themselves that IP-based technology from various vendors actually works together will get their chance at the new IP Showcase pavilion in the North Hall of the Las Vegas Convention Center. Together with the Joint Task Force on Networked Media, the Audio Engineering Society (AES), the Alliance for […] 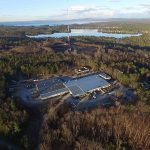 Antenna and RF component manufacturer Dielectric is celebrating its 75th anniversary this year and is planning a series of events to commemorate the milestone, the company announced today. Among the festivities will be an event for customers at the 2017 NAB Show in Las Vegas, April 22-27, and an Employee Appreciation Day. One of the […]