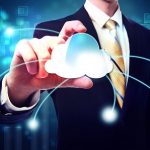 Changes in the technology that make it possible to share local news stories and b-roll with fellow out-of-market network affiliates and the rise of station ownership groups with tens of, 50 or even more than 100 local news-producing stations — many of which are affiliated with different networks — will lead to some dramatic changes in […] 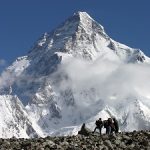 Within the next six days, David Tait, a trustee for the U.K.’s National Society for the Prevention of Cruelty to Children (NSPCC), will arrive at his base camp for an ascent of K2, beginning his latest fundraising mission for the charity. Tait will be filing footage of his climb of the world’s second tallest mountain to the […]

NAB has opened registration for its Content and Communications World (CCW) featuring SATCON, Nov. 11-12, in New York City. A new addition to the gathering is InfoComm Connections, which is also being held at the Javits Convention Center. Those who register by Oct. 23 receive the All-Industry Core Package, valued at $50, for free. Some […] 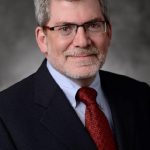 Richard Friedel, EVP and general manager of Fox Networks Engineering & Operations, will be honored at the 2015 NAB Show in Las Vegas with this year’s NAB Television Engineering Achievement Award, the trade association said today. Friedel is responsible for the network’s technology strategy in Los Angeles and oversees daily operations at the Fox Network Center. […] 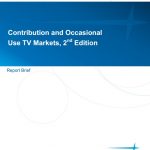 The percentage of hours devoted to occasional use (OU) satellite uplinking via C-band transmission fell in 2013 compared to the previous year, while the percentage of hours spent transmitting via Ku-band OU uplinks and mobile satellite service, grew, according to a new report from Northern Sky Research, NSR. The report, “Contribution and Occasional Use TV Markets, […] 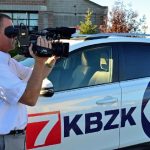 Cordillera Communications will begin evaluating the performance of small, highly portable IP satellite uplinks next year to determine whether the technology can augment, or perhaps ultimately replace, more traditional approaches to ENG contribution. The broadcast group, which is owned by Evening Post Industries and operates 13 TV stations in seven states, including seven in Montana, plans […] 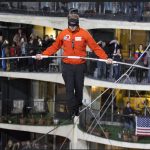 Tightrope walker Nik Wallenda may have pulled off the most spectacular thing happening last Sunday evening (Nov. 2) in Chicago with his breathtaking walk high above the Windy City, but running a close second had to be the ensemble of people and broadcast technology needed to produce television coverage of the spectacle for the Discovery Channel. […] 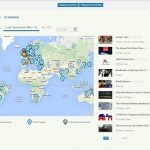 LiveU today announced a cloud-based network intended to tie freelancers and production crews more closely to broadcast newsrooms around the world. The network, dubbed the LiveU Community, offers the potential for TV newsrooms to scale newsgathering resources dynamically by tapping freelancers around the globe in a fraction of the time needed  to deploy their own […] 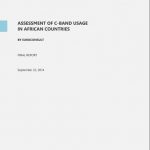 If the old adage “misery loves company,” then U.S. broadcasters looking warily at the incentive auction of their UHF spectrum and a repack into fewer channels may find a rather large group with which to commiserate in an unexpected place. It seems the entire continent of Africa –particularly the economies of whole nations as well […] 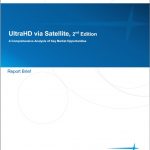 UltraHD programming –both 4K and 8K– will be available on more than 820 channels worldwide via satellite by 2025, according to a new forecast from Northern Sky Research (NSR). By then, satellites will deliver 560 4K and 8K UltraHD channels directly to the home as well as the remaining 260 channels to cable TV and […]