Quicklink today announced it will support NewTek’s NDI IP protocol across its complete product range. The integrated NDI technology will allow Quicklink products to support IP inputs and outputs. NDI allows any device to connect to every other device on the network and every source a destination, Quicklink said. NDI support is included on the […] 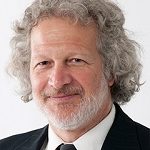 Telestream today announced it will acquire IneoQuest, which specializes in video quality monitoring and analytics for content distribution across managed and unmanaged networks.   The deal, which is subject to customary conditions, is expected to close near the end of March. The purchase price was not disclosed.   The acquisition will extend Telestream’s reach from […]

Wheatstone has appointed Southern Coastal Marketing Services (SCMS) as its exclusive distributor in the United States for the Pacific Research & Engineering (PR&E) brand, including its audio consoles and networking gear, the company announced today. A week ago, Wheatstone acquired PR&E assets and intellectual property from GatesAir. SCMS was one of Wheatstone’s dealers in the […] 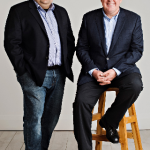 Dejero today announced Bruce Anderson as its new CEO. He is taking over from Brian Cram, who led the company for the past five years, the company said. Originally from Zimbabwe, Anderson has 20 years of experience managing international businesses for multinational corporations, the company said. He holds an Honours Bachelor of Accounting Science from […]

Broadcasters and other media pros who want to see for themselves that IP-based technology from various vendors actually works together will get their chance at the new IP Showcase pavilion in the North Hall of the Las Vegas Convention Center. Together with the Joint Task Force on Networked Media, the Audio Engineering Society (AES), the Alliance for […]