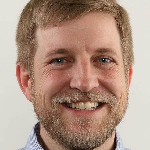 John Clark, executive director of NAB’s Pilot initiative, will deliver the keynote speech Oct. 14 at the 2016 IEEE Broadcast Symposium in Hartford, Conn. In his speech, entitled “Inspiration for Innovation,” Clark is expected to discuss the inspiration behind innovation regardless of the industry or technology involved. Clark has 18 years of experience in digital […] 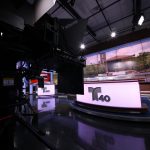 The days of unpredictable power interruptions, local SD production and being forced to adapt to the limitations of a set rather than having the set meet its needs are in the rearview mirror for KTLM, Telemundo 40, in McAllen, Texas. Since June 25, the station has been operating from its new 23,000-square-foot Telemundo 40 Studios on […]

Imagine IP newsgathering, distribution of commercials, syndicated or network programming and even something as on-the-edge as remote sports and entertainment production done from a centralized control room with cameras hundreds of miles away in a world where 750 Mbps internet upload and download speeds are available over copper telephone lines and coax. A new technology […]