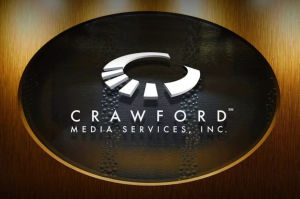 I’ve written on different occasions that there are times when reporting and writing my weekly technology feature that I come across an interesting tidbit that should be examined but doesn’t fit with the theme of the article.

Today’s article on archival storage at Crawford Media Services is one such instance.

While speaking with Steve Davis, EVP and CTO of the Atlanta-based post house and media services company, the conversation turned to metadata.

A major business thrust for Crawford has been offering archival services. Clients with shelves full of videotape, cassettes and film reels can hire Crawford to digitize all of that material and store it in the company’s datacenter, thus preserving the asset in what Davis calls “perpetuity,” but I’ll simply call a long, long time.

Preservation of these assets alone is important, but in a sense pointless if there is no way for the organization preserving the assets to find and retrieve what it wants when it needs it. To make that happen there needs to be lots and lots of very specific metadata.

When I asked Davis about how satisfies that requirement, I was a bit surprised to learn that the company has developed a systematic method for creating metadata that it has been offering clients for three years.

The first step is to take digital pictures of tape labels, slate sheets, scripts and anything else that can provide information about what’s on a particular film or tape and associates those digital images with the material once it’s digitized.

“What was on that piece of paper may or may not be valuable as relates to searchability,” said Davis.

Metaforce is a proprietary writing platform hosted in the cloud, and it is a workforce of people selected because of their familiarity with the subject at hand, he explained.

“We recruit from the entire country people who have an affinity for the content for the given project. So for any particular project, we will create a test around that project that people have to pass in order to get through and apply to write for it,” said Davis.

Working with the client, Crawford creates a taxonomy of the fields of information needed to describe the content that is loaded into the Metaforce platform.

Those selected for the project are trained to ensure that they “are writing around the rubrics that the client needs,” said Davis. Then the Metaforce workers sit at their computers streaming proxies of the content via their web browsers and add the metadata that’s required. “Their web browsers become terminals into our databases — not one they can use to access data but to add the information that’s needed,” he said.

One example of Metaforce in action was a project for the Paley Center of Media in New York. The institution wanted to digitize and make searchable about 1,000 hours of broadcast content of the Olympic Games from the 1960s. “They needed metadata written for those [Games], and they had very specific, granular metadata they needed — like the difference between an announcer, a TV host and a guest host or a cameo appearance,” he said.

The broadcasts not only included popular athletic events, but also more obscure sports and athletes who may have not been standouts or well-known. Despite the degree of specialized knowledge required, Crawford was able to recruit and train its workforce for the project, customize its platform to meet the Paley Center’s metadata requirements and complete metadata creation in only a few months, he said.

Now that’s a feat worthy of a gold medal.