WXYZ — the largest broadcaster in Detroit and one of 14 stations owned by E. W. Scripps in the United States — has purchased Apple’s Final Cut Pro X, Motion 5 and Mac Pro laptops for news editing. 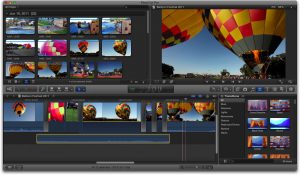 Scripps used previous versions of Final Cut Pro to edit its news and sports programs. After conducting a field test with Final Cut Pro X and Adobe Premiere Pro, the company decided to convert to Final Cut Pro X based on strong feedback from editors about its speed, ease of use and high-quality output.

The results have been so successful in Detroit that Scripps is now rolling out the same workflow to all of its stations across the country.

Ray Thurber, vice president of engineering at Scripps, said Apple’s Final Cut Pro X and Motion 5 allows the station to create stories faster than ever before and at a level of production quality unmatched by other newscasts.

At each Scripps station, photojournalists shoot, edit and produce local news and sports in the field. Using Final Cut Pro X and MacBook Pro computers in mobile editing trucks allows them to finish stories at the news site soon after they happen.

For WXYZ photographer and field editor Jeremy Johnson, these new mobile editing and graphics capabilities make a huge difference when he’s turning a story on a tight deadline. Traveling in a broadcast van with a reporter, or sometimes by himself, Johnson typically covers two stories a day, many of which pop up unplanned.

Johnson is frequently left with little time to shoot, edit, package and transmit the pieces back to the station for broadcast. “I need to edit and complete every piece on my MacBook Pro in the truck before I send it back to the station,” he said.

“Because Final Cut Pro X is so efficient, that’s never a problem. I love the speed of the Magnetic Timeline and the flexibility of the Trim tool. And when I’m out there on deadline, features like color correction, shot stabilization and audio enhancements are lifesavers.”