Journal Broadcast Group has announced that it has deployed LiveU’s newest backpack product, the LU500, for newsgathering operations across its 12 stations. 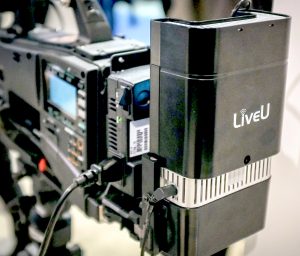 Journal owns and operates 35 radio stations and 13 television stations in 11 states. Headquartered in Milwaukee, it is the broadcast business of Journal Communications Inc. , a diversified media company with operations in publishing, radio and television broadcasting and interactive media.

Weighing 2.2 pounds, the LU500 bonds together six to eight internal cellular connections, and allows the transmission of broadcast-quality video without the need for a satellite truck or a hardwired Internet connection.

The LU500 includes LiveU’s proprietary antenna modules for greater resiliency in congested areas, is powered by LiveU’s new multi-processor video encoding engine and can be controlled and monitored from anywhere using the LiveU Central management system.

LiveU owns the patent for cellular bonding for remote news-gathering in the U.S. and other countries. All LiveU products are based on this fourth-generation patented technology.

“Our group was interested in utilizing a cellular bonding solution for our newsgathering operations due to its flexibility, for example in live weather coverage on the move, as well as for its cost-effectiveness,” said Andy Laird, vice president and chief technology officer for Journal Broadcast Group.

“We conducted an extensive test of various solutions and found that LiveU’s LU500 not only provided superior video transmission in challenging situations, but was also easy to use, lightweight, and highly portable compared to other options.”