Having lived in both very hot, humid environments and in cold, sub-freezing climates, I have learned a few things about using and storing recording media. Like humans, recording media of all kinds likes to be comfortable where it exists.

Since there are different types of flash memory, be aware of each manufacturer’s specs. Flash is generally not a medium for long term storage — so archiving flash is not a good idea.

Hard drives also can endure a wide range of temperatures. Hitachi, for example, rates their drives from 41 to 141 degrees Fahrenheit for operation. But for storage, that number goes from minus 40 degrees to 158 degrees Fahrenheit. 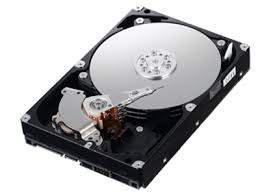 The thing to remember with hard drives is to keep them sealed in plastic bags and allow them to slowly reach the temperature where they will used.

The main risk to hard drives is moisture condensation. This happens if the drive is warmed up too quickly. So if your drive has been in cold storage, allow it to slowly return to normal temperature.

It’s older videotape media that one mostly needs to worry about. Follow the SMPTE recommended practice for the care and handling of videotape. The primary source of environmental information is called RP-103.

One important part of the practice is the recommended temperature and humidity control for both the operating and the videotape storage area. Temperatures should range between four to 70 degrees Fahrenheit with a 50 percent plus to 20 percent minus relative humidity.

High humidity can cause tape to absorb too much moisture. This can result in binder deterioration after long term storage.

Tightness of a tape pack can create increased dropout problems from wound-in foreign debris. Fungus growth is also common with tapes stored in too warm temperatures.

Improperly stored tape can increase the potential toward head clogging. It can also reduce the number of edit passes from the same park point.

If tapes are stored in cold environments, allow them to stabilize for 24 hours before use at normal operating temperature.

There’s a rule of thumb to remember about all recording media. If you’re comfortable, then the media is probably OK. All media tends to do well at temperatures and humidity favored by humans.

Just as you would never leave a child or pet in a steaming hot car parked outside, never leave your recording media there either.