In addition to the visual skills we described previously, there’s much more that Cox’s all-media journalists must master to bring excellence to their “all-in-one” reporting job.

Audio is just as important as images. In a one-person operation, it’s safe to assume that sound is acquired on a camera-mounted shotgun microphone. This OK for ambient sound, but a very poor choice for situations beyond that. 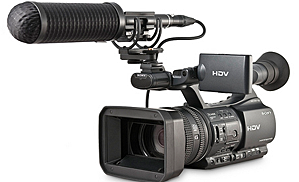 Traditional sound operators have an arsenal of tools to record sound. They include a variety of handheld (with different pickup patterns), lavalier and wireless microphones, as well as portable multi-channel mixing equipment, mic fishpoles and dozens of windscreens, mic mounting gear and other accessories.

Sound can be an art form, or it can just be a sloppy attempt to “get sound” that meets a minimum standard. Sadly, most news crews have only the camera-mounted mic and an omnidirectional hand mic for interviews. I have seen news sound operators on the street working without headphones. Occasionally, I’ve stopped and innocently asked them how they know what they are recording. The answer is always that they watch the VU meter move. I shake my head and walk away. 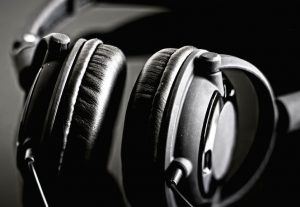 What these “operators” are doing is essentially gambling that they are getting some kind of audio, not actually monitoring it for quality. Sadly, this is what many journalists are doing these days. It is very sloppy hit or miss work.

Good sound in 2014 means multiple channels, dual system recording and stereo for ambience. Since the reporter is also doing radio as well as television, audio should get extra attention. That’s probably not the case in a one-person operation. Audio is an area where the lack of personnel often affects the quality of news reporting.

As for lighting, most all-media journalists probably use a small battery-operated light on their camera for basic illumination to get close-up shots. Video made with these lights may not be flattering, but most now feel its “good enough” for ordinary viewers.

It’s too bad that many novice video camera operators disregard lighting in this era of low-light capable video cameras. It’s all too easy to confuse OK images with unforgettable ones. The quantity of foot-candles does not equal quality of light.

Today’s sensitive video cameras and fast lenses mean that merely recording an image is not the real challenge. Good video is about creating compelling images using light and shadows.

It’s about creating separation of planes, implying depth, revealing the character and subtleties of the subject and establishing a meaningful mood. These storytelling techniques are at the heart of the craft.

Such lighting does not have to be complex or expensive. Every videographer should have a basic three light kit. Depending on the budget, the kit can use quartz, fluorescent or LED lamps.

A main lighting fixture should include a large, soft source. It can be in the form of an umbrella, barn doors or an egg crate. Sometimes such a light can be used alone with some subtle fill in the front or back added by a large white card, a Fome-Cor Board or a soft-silver reflector.

There are some situations when one light is not enough. It can’t model complex, multiple-plane forms or illuminate and separate foreground, middle-ground and background or control contrast.

A second light is used to soften the harsh shadows and dark areas left by the first source. This light should be soft enough that it does not introduce any new shadows. The amount of fill should be appropriate to the subject, mood and medium of reproduction. Avoid too much fill. 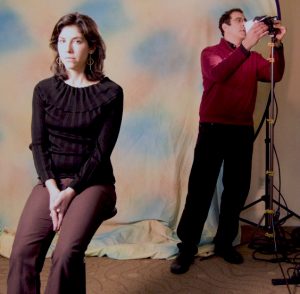 Another way to separate the subject from the background is with a backlight. Position the second light above and somewhat behind the subject, aimed toward the camera.

Keeping flare out of the lens is generally accomplished by adding an extension flap to the top barndoor on the backlight or using an opaque flag near the light or camera. Backlight is essentially glare light, so a little bit goes a long way.

This is very basic lighting, but it makes your subjects jump out. It takes some practice, but your images will look dramatically better than just shooting in any available light.

Learning to operate all this gear well is still only part of the challenge. The main one is the quality of the story. Compelling stories, well told, must come from a unique point of view. Those stories are the “stuff” of all human communication. The need for good stories never goes away.

Yet, repeatedly, our fascination with the latest technology swamps the basic low-tech mission of storytelling. The media battle today is only partly about technology. It’s mainly about stories. Without a good story, we have little to say.

So this means the all-media journalist must be well-educated in many subjects and have the ability to quickly seize what is the story and what is not — while simultaneously working with the gear. And he or she must have the writing skills to tell the story in words for print, in images and sound for television and in multimedia for the Internet.

It’s a major challenge and one that is not easily addressed. If Cox successfully trains reporters to be good all-media journalists, it will be something no journalism school has yet done.