The traditional world of journalism no longer exists. For years, reporters have gone through continuous shake-ups and job losses as the companies that hired them go through one downsizing after another in order survive.

One of the more interesting developments in this trend is in the news this week. It’s Cox Media’s attempt to create all-media journalists, or “AMJs” for short. This means one person will now do the jobs of what used to take five or six people. If successful, these AMJs would also combine the right and left sides of brain into a single person — adept at both the technical and creative tricks of the trade. 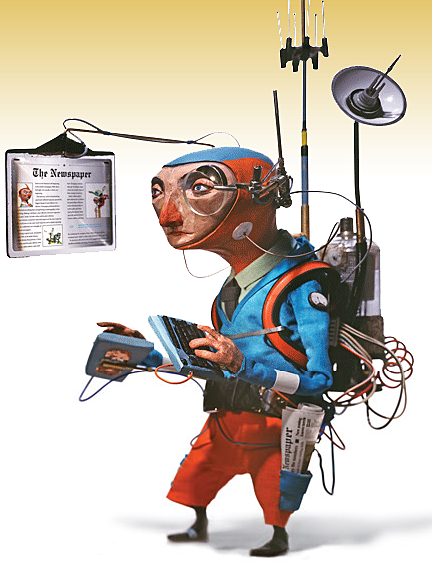 The more meaningful term might be “multimedia storyteller,” a single person who reports and creates media for print; reports, shoots, edits and tells visual stories for television; produces and creates digital web media; and, in their spare time, produces radio reports.

Many of us from the earlier days of journalism would call the job impossible, especially if it’s done well. Through a very long career, and mostly by accident, I’ve had experience in each area the all-media journalist must master. Count me as skeptical that one person can do it all simultaneously and be good at the job.

By “multimedia,” I mean the storyteller constructs a narrative using several forms of media simultaneously. That media includes the visual (both still photographs and full motion video), audio and text. Stories are to be told in all the media disciplines at once over several delivery systems to the end users.

In this world, television news is not just for television anymore. Reporters work for multiple screens — including television, tablets, smartphones, print, radio and traditional Internet web sites. Cox Media is really pushing the envelope with this one.

Of course, the mixing of media has been evolving for a long time. Old time print reporters at newspapers now use still and video to tell their stories. Even radio networks often outperform video journalists in telling their stories, with video, on the Internet. Everything is now scrambled. Reporters that do all media are a natural extension of this trend.

It used to be that journalism schools taught students a single media discipline. There was either video, writing, sound production, photography, design or some variation of all these distinct areas. Now, any school worth its salt, teaches the student to do them all at once on the same story.

Many seasoned journalists see this as a key reason the quality of reporting has fallen in recent years. Desperate for profits, some news organizations attempt to force their increasingly younger (and lower paid) reporters to do everything at once on never-ending, very tight deadlines. 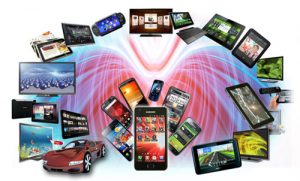 The result is sub-standard reporting and a lot of bad information. Where doing inaccurate stories used to be a cause for firing reporters, many of today’s news organizations barely acknowledge such errors.

In this series of stories, we’ll focus on the skills necessary, both on the technical and creative side, to do excellent news reporting. We will address the key disciplines needed by today’s multimedia journalist.

We will look at visual storytelling and the combination of still images and full motion videos that all journalists must be prepared to take alone in the field. We will focus on audio, often the stepchild in the television process, but an essential ingredient into today’s “immersive” storytelling. Not only is clean sound as important as images, but “surround sound” is now needed to bring stories to life. And remember, today’s reporter must do radio reporting as well.

And, for all media, good writing is an essential skill to tell any story. It is no longer enough to be a good videographer or sound gatherer. The same person must also be an excellent writer who knows how to build a story from the ground up.

Let’s not kid ourselves. Combining these major skill sets into a single person is no trivial thing. We’ll examine the challenge in Part 2.