Wow, how life (and technology) changes! The Steadicam division of The Tiffen Company is now offering Steadicam users two-for-the-price-of-one bonus packs that adapt the iPhone and GoPro HERO 3 cameras to the Steadicam Smoothee. This low cost Steadicam is a perfect addition for getting silky smooth shots with cheap gear in low budget TV News!

We all know that the introduction of Garrett Brown’s Steadicam in 1976 revolutionized the world of film and video. For the past 30 years, the Steadicam has been refined and made simpler to use, smaller and less expensive.

Now the Steadicam Smoothee is priced at under $150. The new bonus pack just announced features a mount for iPhone 5/5s and GoPro HERO cameras. Both are being offered for $24.95 — the normal price of one.

The Smoothee already supports a variety of Apple models, including iPhone 3s and up plus the iPod touch. It also fits the earlier GoPro HERO models. Based on the same technology as the big $60,000 plus rigs used in motion picture films, the Smoothee allows the capturing of video and still images without the shakes and movement normally associated with hand-held video shot on the go.

Developed by Steadicam, the Smoothee lets users “fly” through video capture — up and down steps, indoors and outside, through crowds — almost anywhere, with precise control. It’s great for adding genuine production value to “run and gun” TV News.

In the late 1970s, it would have been a dream to own a product like a Steadicam Smoothee — much less an iPhone or GoPro HERO. And all for $150! You couldn’t buy a replacement part for that in the early days.

During that era, I became a “certified” Steadicam operator trained personally by the Steadicam’s inventor, Garrett Brown. The early Steadicams were complex and difficult to use. And the backbreaking weight of the huge cameras of that era took a big toll on the bodies of camera operators. In fact, I have the bad back today to prove it.

So, just reading about the Smoothee is a miracle when one looks at the history of the Steadicam. Take it from one who can truly appreciate it. 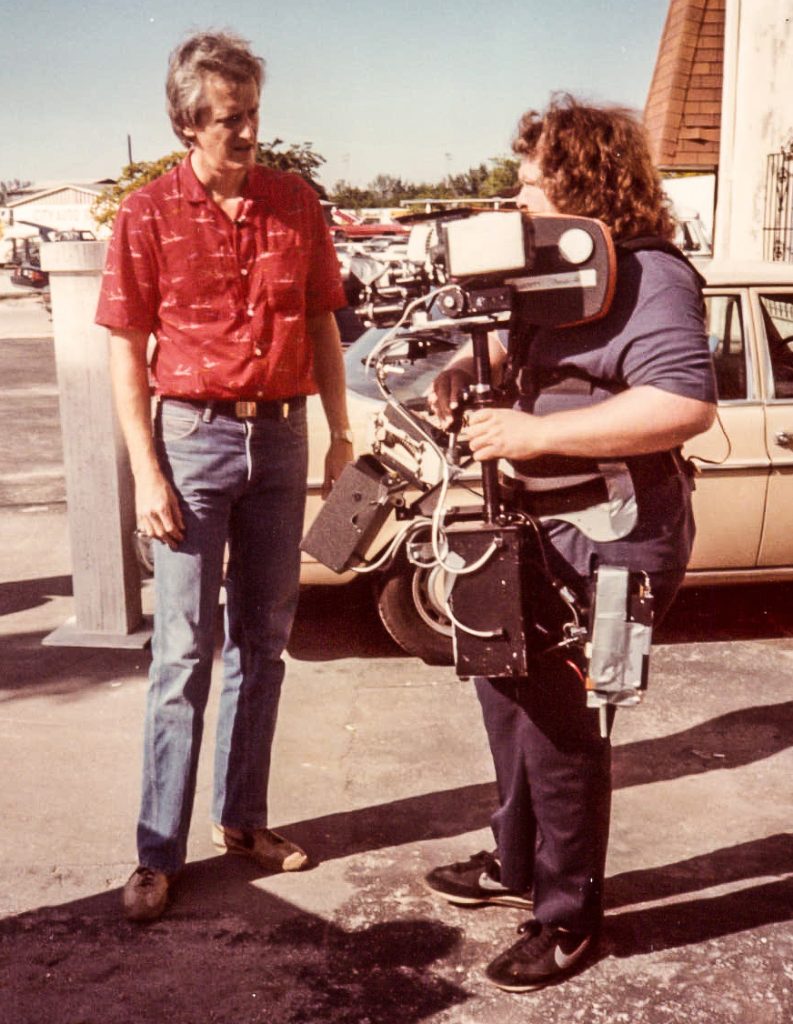 Steadicam inventor Garrett Brown instructs Frank Beacham on how to use the original Steadicam.