The iconic 1950s-era television series, The Honeymooners, is one that I loved as a kid and from which I learned great lessons as an adult.

After the initial run of the The Honeymooners in New York City, Jackie Gleason boarded a train and moved to Miami Beach. It was 1964 and supposedly because “the Great One” liked year-round access to the golf course at the nearby Inverrary Country Club in Lauderhill (where he built his final home). It was a sort of semi-retirement for the master of television comedy.

Gleason did a lot of shows from the auditorium in Miami Beach while living in the area. In late 1977 and ’78, he decided to bring the original cast back together and do a couple of special versions of the Honeymooners. It would be the last two episodes.

Because I had an early mobile edit van equipped with Sony BVU-200 U-Matic VTRs and an RM-400 edit controller, I got to work on the final two shows with Gleason.

We did an off-line edit of the Honeymooners shows on the 3/4-inch format using these primitive U-Matic VTRs. It was no easy task.

In the late ’70s, the problem with the gear was editing accuracy. The format was designed for news — not entertainment — which required far greater precision in editing. 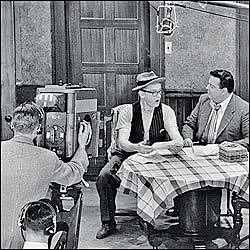 Editing on this gear was accurate to plus or minus 30 frames per second. Gleason said that wouldn’t work, because to judge the accuracy of his comedy — the purpose of the off-line edit — it had to be much more precisely cut than the system was designed for.

Gleason told me we had to get the edit to within two to three frames of accuracy — a tiny fraction of a second — to determine if a comedy sketch worked. I was in a sweat and determined to make it work. I wouldn’t say “no” to Jackie Gleason.

In the coming days, I spent hours editing those shows, hoping for that random moment when the edit was close to accurate. That meant editing the same shot over and over with the RM-400 until the stars aligned and it got closer to Gleason’s goal.

This was only a rough-cut edit, yet a perfectionist like Gleason demanded it be right. It was tortuous work, but I finally got every edit within a couple of frames. By then, my love of The Honeymooners had faded. I had seen the underbelly of the beast!

Of course, the on-line editing, done later with the help of my “rough-cuts,” was frame accurate and done on equipment designed to do the job.

Soon after The Honeymooners shows were complete, Sony dramatically improved U-Matic editing. The Sony BVU-800 series VTRs were introduced. Much better outboard controllers, from companies like Sony, Convergence and others, appeared as well. Within a decade, non-linear editing would appear and everything would change again. That’s the way of life with video.

But whenever we work and are limited by technology, we learn things from those limitations of the moment. It tests our own ingenuity in overcoming problems and making do with what we have at the time.

What I learned from Gleason during that experience is that timing is EVERYTHING — in comedy, acting or just about anything else in the creative arts. I had never fully appreciated that before. The difficult experience gave me a new respect for what those great actors did on that tiny set.

That, of course, was also a key to Gleason’s great comedic genius. He didn’t care about the technology and eventually it conformed to his needs. As the years went by, I realized why he was nicknamed “The Great One.” 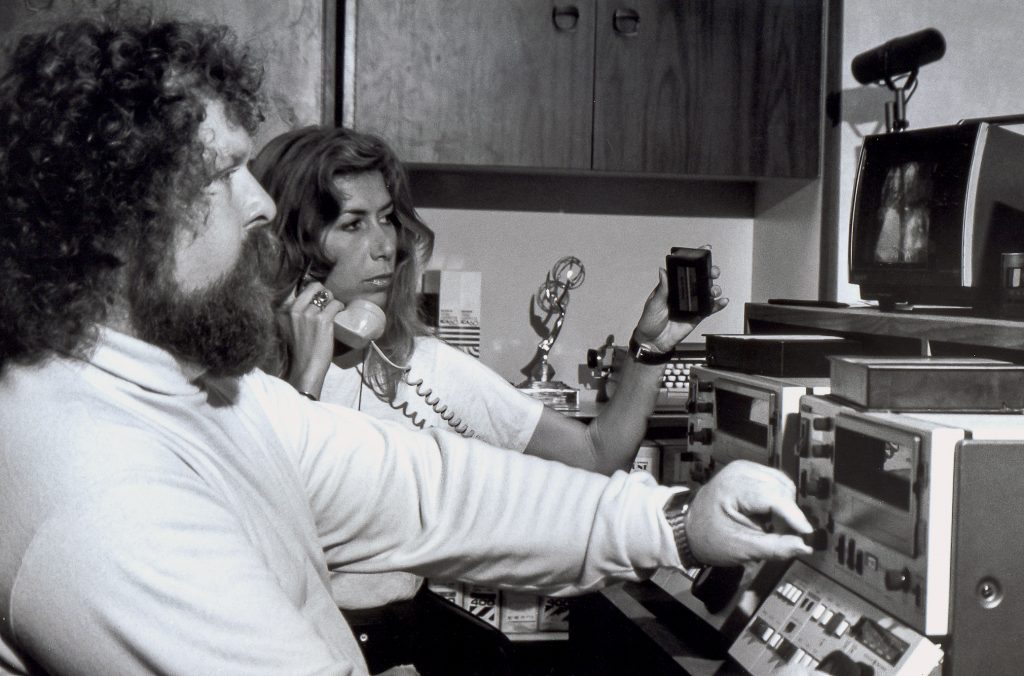 In another year, we would get Sony BVU-800 editors, which dramatically improved the accuracy of editing. Here, Frank Beacham and Carol Dickman edit U-Matic tape at Television Matrix in Miami.