The Weather Channel approached Orad for simple to operate technology to deliver video and graphics content to the monitors with 18 independent clusters in multiple aspect ratios and resolutions. It was imperative that the solution integrate into The Weather Channel’s existing studio setup and not change its current workflow. 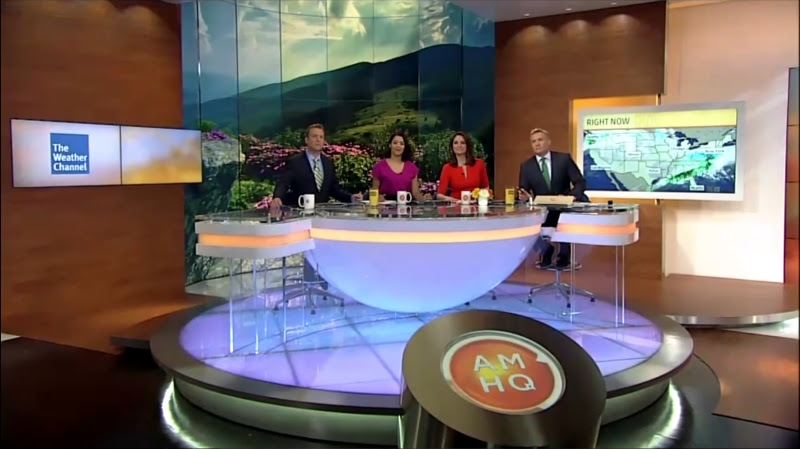 Orad’s TD Control and PowerWall did the job. TD Control enables the video aspect ratios to be managed. For the daily graphics and video playback, The Weather Channel does not need to create special versions depending on which cluster it will be displayed on. It is all managed in real time based on the graphic templates themselves.

Orad’s solution provides network with true preview and program confidence monitoring through a multi-viewer output of a processor, giving operators confidence by seeing each cluster in its actual aspect ratio in the control room. Producers can add graphics elements or insert video into templates in the newsroom system.

No M/E or DVE resources of the production switcher are used. Full 3D effects and transitions are available independently or simultaneously across monitor clusters. Up to 16 live video insertions can be added into any monitor cluster to display a dozen or more live shots in boxes featured on giant video walls when a large scale weather event is being covered.

The Weather Channel has unlimited graphics-layering capability, and the ability to link graphics across monitor clusters. Data integration enables the creation of tickers that can span multiple clusters.

An internal 4K video clip playback enables the clusters to show full 4K resolution rather than upscaled resolutions shown by traditional wall processors. In addition, each Orad processor has the capability to internally play back one 4K or multiple 1080i clips, without tying up any of the video inputs.