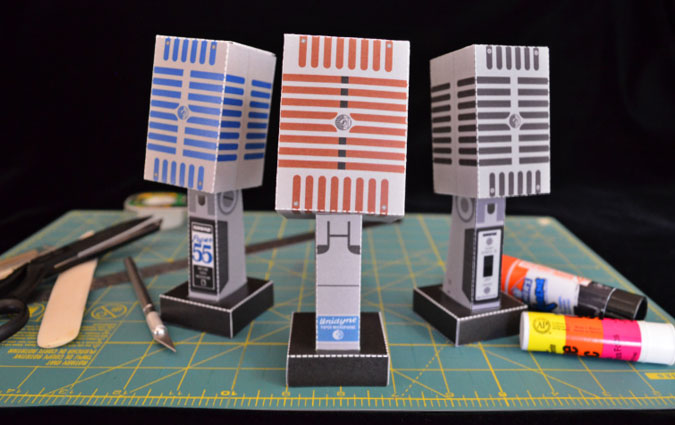 Today is the 75th anniversary of Shure’s first Unidyne microphone, the model 55. It was the first single capsule directional microphone ever sold and is still in production today.

In commemoration of the day, Shure has released paper models of the 1939 Unidyne 55, the 1989 55SH Series II and the 2009 Super 55, still in production today. You can print them out as PDF files and assemble your own legendary Shure mic.