My favorite of all the trade shows is AES. I think it’s because the show is smaller and the “genius” founders of all the small audio companies attend, making it a show that operates on a far more personal level. This weekend another AES opened in Berlin and runs through Tuesday.

The Audio Engineering Society Convention said the Berlin show opened with “healthy attendance” at the Estrel Hotel and Convention Center. The AES is offering a wide variety of technical programs, manufacturer exhibitions and the newest sideshow, the Project Studio Expo.

Bob Moses, AES’s executive director, announced over the weekend that next year’s European AES Convention will take place in Warsaw, Poland in the spring of 1915. 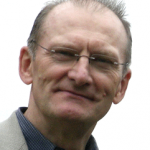 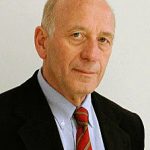 “The change of paradigm in audio preservation,” Schüller said, “started 25 years ago in an informal environment around AES conventions in the United States. The first pilot projects, however, were established by German radio stations in the early 1990s, later followed by television archives.”

Schüller expressed concern that magnetic tapes are under threat by the rapid disappearance of analog playback machines. If not transferred in time to digital repositories, contents will be lost, even if the tapes are still in good physical condition,” he warned.

The engineering papers are showcasing the work of over 100 researchers on topics ranging from 3D audio rendering in 5.1 surround systems to graphene microphones. Workshops feature experts on topics including eyes-free auditory interfaces for mobile devices, music production for film and the latest advances in loudspeaker design.