FOR-A, based in Cypress, California, says that several of its products are being used for production at the Winter Games in Sochi. Networks in the U.S., Canada, Brazil and Japan are deploying the company’s 4K super slow motion camera, video archiving recorder and frame rate converter technology for their coverage of the sporting events.

FOR-A’s FT-ONE 4K super slow motion camera is being rented to a major American broadcast network, though not named, through Los Angeles-based Video Equipment Rentals. Japan’s national public broadcasting organization will also use the FT-ONE. Capable of recording up to 900 frames per second (fps), the FT-ONE will be used to capture 4K imagery and provide super slow motion playback during pivotal moments in the competition. 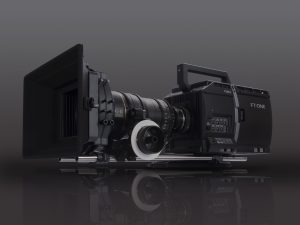 The networks will rely on FOR-A’s FRC-8000HS and UFM-30FRC to ensure transmission of footage in the proper country standards. FOR-A announced new features of the FRC-8000HS HD/SD frame rate converter last year that cater to the production of winter sports, including the ability to select a “winter sports” scene type — a special mode created to optimize the conversion process in environments with high-speed moving objects in highly saturated backgrounds that contain a lot of bright white, such as snow or ice.

The latest software release offers FRC-8000 operators a level of in-depth user control, with the ability to customize settings based on their specific needs. 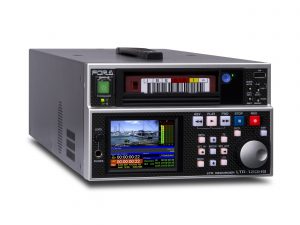 Also on hand in Sochi by the major American broadcast network will be FOR-A’s LTR-120HS video archiving recorder. The unit uses high-quality AVC-Intra/DVCPRO codec and MXF wrapper/un-wrapper to record MXF files. Designed to enable “archive at ingest” solutions, the LTR-120HS can easily record video footage as an MXF file in real time.