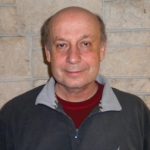 The man the helped Ross Video make a name for itself when it comes to robotic cameras is kicking off the new year by not worrying about going to work every morning.

Miles Spellman, a distinguished engineer that specialized in robotics, plans to retire at year’s end. He plans to travel more and spend time with his family.

Spellman wrote control software for the first fully roaming broadcast pedestal systems for a company TSM. Later in his career, Spellman and TSM colleague Bob Scotto branched off and started their own company Cambotics. At Cambotics, the duo designed and engineered a new generation of robotic camera systems. Spellman wrote all of the control and user interface software.

Scotto plans to continue working on new camera robotic projects with Ross, with no immediate retirement plans in the future, according to the company.