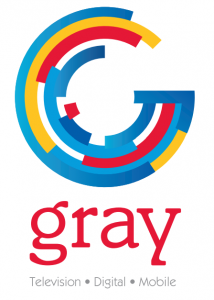 Gray Television and Sinclair Broadcast Group are willing to give up channel repacking funds following the spectrum auction if that means it will let continue innovating with other technologies outside of the the approved generation of ATSC.

In a letter to the FCC, Gray Television CEO Hilton Howell Jr., says the group hopes to have the same flexibility afforded to Part 25 licensees following the auction and repack.

“Such waivers should be granted to broadcasters prior to any incentive auction, should be available to all stations whether they are facing repacking or not and should be provided in a streamlined and timely FCC process,” Howell writes.

Sinclair echoed Howell’s sentiments in a letter to the FCC in September.

Both Sinclair and Gray want to make sure their innovation isn’t stifled following the auction and repack. Gray, for instance, is currently testing its Community Hotspots ENG system on unlicensed bands in the 5-7 GHz range at low power in Bryan, Texas. Sinclair is currently testing broadcasts over the OFDM DVB-T2 signal, the European broadcast standard, at WNUV Baltimore, rather than the conventional ATSC 8-VSB signal.

“While Gray typically serves smaller markets than does Sinclair, Gray believes that flexible service rules and use of different transmission standards would allow television stations in all market sizes to better serve their local communities,” according to Howell’s letter. “The goal should be to put local viewers first, and it is local service that differentiates broadcasters from all other providers of video that offer no local news or public affairs programming.”

“We’re treating this from the standpoint that if we went to the rule making committee to determine what this would look like, this is what we would want,” says Mark Aitken, VP of advanced technology at Sinclair.

Gray is urging adoption of a defined standard waiver, “so that broadcasters can evaluate the risk and opportunity tradeoffs in advance of any auction.”

If that can’t be done, the group also says it’s open to asking the FCC to accept post-auction a la carte waivers from stations that will be repacked.