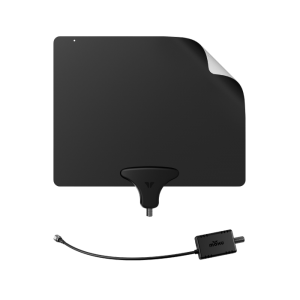 Consumer antenna manufacturer Mohu recently unveiled its new cord-cutting tool that helps consumers determine which indoor or outdoor antenna is right for them, based on their address.

This is the second of its kind to pop up in the past month. I blogged about Broadcast Interactive Media’s partnership with Channel Master and questioned why the solution recommended I buy the newest and most expensive antenna, when the company’s most basic antenna would suffice, based upon my proximity to the broadcast towers in Colorado.

Mohu took a different approach. Enter in your zip code and it will show you the channels you can watch for free over the air and in HD using its basic Mohu Leaf antenna. From there, you can click the tab for its more robust Leaf Ultimate antenna (which is essentially the Leaf with an amplifier attached to it) for more channels, and its outdoor or attic Sky HDTV antenna for even more.

This past weekend, I celebrated a friend’s wedding at my alma mater Hillsdale College in Michigan, which feels like it’s located in the middle of nowhere. It’s nowhere near the broadcast towers, at least.

I entered in Hillsdale’s zip code and the solution said I could only watch five channels with its most basic antenna. But if you bump up to the Leaf Ultimate ($80), the extra boost gets you the Jackson, Mich., local stations, so ABC, CW, NBC, Fox and Ion (No CBS affiliate here). And if you go all the way up to the SkyHD antenna, you can actually start to pick up the Lansing, Mich., channels — 24 channels total.

I’ve been trying to convince my editor Harry Jessell to pick up a Mohu antenna, but he’s convinced that his home, which he says is located in the middle of some hills, wouldn’t be able to pick up the New York channels. If you plug in his New Jersey address into Mohu’s tool, though, it shows that the company’s most basic antenna can actually pick up 53 channels, including New York’s WABC and its diginets, WNBC and WWOR.

I think it’s time for Harry to cut the cord and give the antenna a go. And if it doesn’t work, I’ll pay his next month’s cable bill.