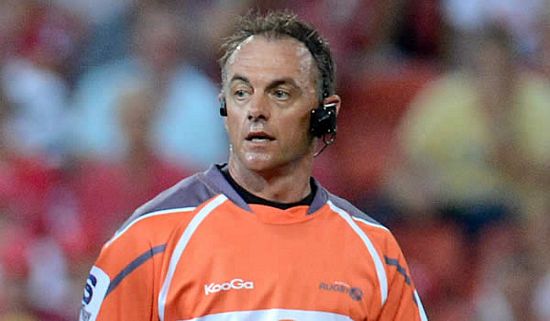 If there are any questionable calls in tonight’s 2013 AT&T Major League Soccier All-Star Game, fans at home will be able to see things from the referee’s point of view.

The game is implementing Broadcast Sports, Inc.’s wireless Ref Cam system. Think of it like Google Glass, but with an 1080i HD resolution camera that an operator in a production truck can replay and go live from. The Ref Cam is a person-wearable that’s positioned at the eye level of a referee, thus giving the viewer a true first-person perspective of the field.

It’s already been used during several European rugby matches since April and made it MLS debut at a reverse league match in May.

An ESPN broadcast of a WNBA game last month showed the camera in action earlier this year:

The MLS initially implemented the Ref Cam for training purposes. “This is a great tool for referee education in terms of referee positioning, acceleration and play development,” Peter Walton, GM of the Professional Referees Organization, said in a statement.

Operators have plenty of controls of the wireless camera, including iris and paint functions allowing him or her to adjust color balance, saturation, black level, detail and iris live during the game. Measuring in at 1.75-inches high, 1.125-inches wide and 3.5-inches long, the Ref Cam only weighs 3.77 ounces. The camera’s components are mounted on the referee using a customized vest and head strap. Video is sent via radio frequency that is built into a wireless transmitter, also worn by the ref.

I think I know what we’re all thinking now: When will the NFL adopt this camera into their production? I would have loved to see the camera on a replacement ref on this play.