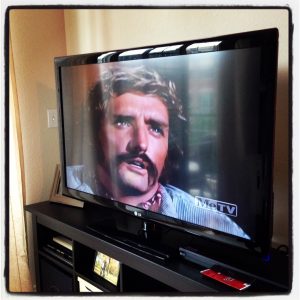 There’s been plenty of talk about diginets this week on TVNewsCheck.

So after reading Diana Marszalek’s piece about how stations are using a second channel for newscasts during non-traditional times and Kevin Downey’s article on how the business of broadcasting specialty networks could bring in $300 million by next year — and after learning firsthand how networks like MeTV and Antenna TV come off a satellite and breath life into stations across the country — I decided to see what all the fuss was about.

And there I was on Thursday afternoon in my condo, flipping through the over-the-air channels before landing on channel 20.2. For the next 25 minutes, I watched an episode of Daniel Boone on MeTV, Gannett’s KTVD subchannel. The action-packed drama featuring Fess Parker as the raccoon-hat-wearing American pioneer actually wasn’t too bad. And that’s coming from a 26-year-old.

KDVR, the Fox affiliate in Denver, broadcasts an Antenna TV network on its second channel, and from time to time, I catch myself watching an episode of Sanford and Son and Al Bundy in all his glory on Married With Children.

Diginets are clearly the solution to making over-the-air television cool again. I’ve been advocating cutting the cable cord to all of my friends and readers. It’s one of the best financial decisions I’ve ever made. If broadcasters really want to convince millennials (18- to 30-year-olds) why their station is all they need, they need to not only advertise the fact that all of their local and network-affiliated content is free over-the-air with an antenna, but also the fact that they have these great specialty channels that are also free.

Now of course, the only problem with the second part of my request is that not too many people my age are going to sit down for an episode of Maude or Leave it to Beaver. Millennials need a channel to feel nostalgic about. I’ve come up with a list of channels that I think would sell very well and be extremely popular among the younger generation.

My90s-TV: This channel is a no-brainer. I’m guessing that the programming rights are just too expensive right now to make it a reality, but imagine a channel that played some of our favorite shows from the 90s, including Full House, Family Matters, Seinfeld, Perfect Strangers and Step by Step, just to name a few. It would be ABC’s classic TGIF programming block every night of the week.

Toon-TV: This channel would be more geared toward children, but I believe many adults would find their way over to it. Include programs like The Flintstones, Loony Tunes and Tom and Jerry (are these too violent for today’s child viewing audience?), in addition to some newer cartoons like Nickelodeon’s Doug, Rugrats and The Angry Beavers. The Cartoon Network on cable can’t be the only way to watch cartoons 24/7, right?

Game-TV: For the game show loving audience, this channel would feature Regis’ Who Wants To Be A Millionaire all the way down to Card Sharks. Similar to my mockup for Toon-TV, why does the Game Show Network have to be the only avenue to kill a Saturday afternoon while watching a Family Feud marathon?

Any thoughts? Let me know by leaving a comment below.

Oh, and if you’re a network distributor looking to make one of these channels a reality, don’t worry — I won’t charge any royalties.