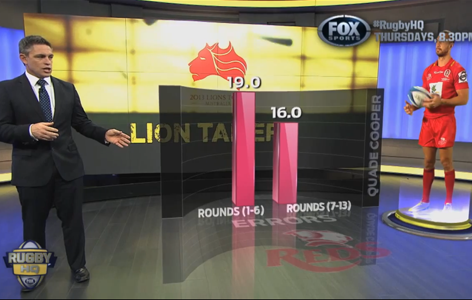 Vizrt is partnering up with StypeGRIP at this year’s SMPTE show in Australia to show off “an exciting synergy of best in software and hardware for 3D graphics broadcast industry.”

Vizrt, which is known for its high-end broadcast graphics and virtual sets that are widely popular in Europe (check out this virtual set I reported on last month). One of StypeGRIP’s flagship products is its Stype kit — a 3D trackless virtual studio and augmented reality device which combines built-in automatic aiming and focusing capabilities.

“We wanted to trick the viewer into thinking that something that was a continuation of the set, or something that was appearing out of the floor, was somehow built by us but in reality, it was a graphic that we were making,” Paul Slater, director at Fox Sports Australia said in an interview with StypeGRIP.

Watch the full video below: