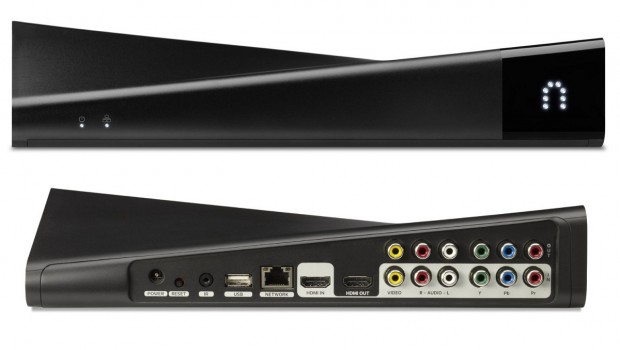 For those who aren’t ready to cut the cable cord and want to take their hundreds of channels on the road with them, look no further than investing in a Slingbox.

The little black box that plugs into your cable provider’s set-top box converts the signal to IP and lets users watch live content on a smartphone or tablet while on-the-go. The best part is Slingbox doesn’t have to worry about content rights. It simply takes the signal that the user is already paying for and delivers it to their smart device.

The folks at Slingbox sent me their newest model — the Slingbox 500 — to test out (which I did before cutting the cable cord). First impressions are everything, and I’m happy to say that the Slingbox performed beautifully. The 500 model features a unique, edgy design and built-in Wi-Fi — a big perk for those who don’t have a cable modem near the television.

It takes about 20 minutes to setup and update the firmware. Once installed, you create a Slingbox account, link your Slingbox device to your account and you’re up and running. I was amazed how quickly I was able to pull up near-live feeds from my cable box (there’s about a 15-30 second delay). 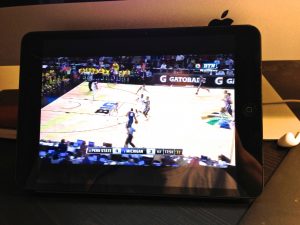 It’s important to note that Slingbox won’t let someone watch a program on the TV and a different program on a tablet, smartphone or computer at the same time. You’re paying for one cable box, so you get one signal sent to your smartphone or tablet via the Slingbox. (On a side note, you can change the channel of your cable box using your Slingbox, so as a fun prank, feel free to change the channel on your significant other. It’ll drive him or her crazy while watching television on the big screen.)

During the Big 10 basketball tournament, I was able to watch my Michigan Wolverines on my iPad while working in my TV-less office. The picture was crystal clear and the signal was reliable. The Slingbox let’s you have a TV in any room of your home.

The Slingbox 500 is the company’s most expensive model at $300. The company also gets you on apps — $15 for the iPhone and $15 for the iPad app. Unlike most apps the are iPhone and iPad compatible, you’ll need to buy and download these apps separately. So if you’re a tablet and smartphone person, you’re looking at about $350 after taxes for a complete setup.

I did a few tests with my 500: In home watching; in-car watching and the out-of-state test.

• In Home: Excellent and quick. Perfect for the person who wants to watch a live show in bed on their iPad.

• In-car: I did this over AT&T’s LTE network on my iPhone, here in Colorado. It took a little bit to fire up, but once it did, I was watching live Bravo (obviously this was the last channel my wife was watching) while traveling at 65mph (Don’t worry, I wasn’t driving).

• Out-of-state: I did some traveling to Las Vegas, Michigan and Phoenix while testing out the Slingbox 500. It may have been the WiFi at my parent’s house, but my signal cut out a lot while watching ESPN. But I had no problems in Las Vegas and Phoenix. I did notice it took noticeably longer to connect with my DirectTV box, compared to being in the home.

Slingbox Needs To Cater To Cord-Cutters

My biggest complaint, now that I’m a cord-cutter, is its inability to grab the over-the-air signal and let me watch live programming on-the-go. I also have a Belkin mobile DTV receiver for me iPad and iPhone (A review will be coming later) , but KUSA Denver is the only station in Colorado that’s broadcasting a mobile signal. Even if requires data, I want to sit in the airport in Detroit and watch the Denver news while traveling.

Slingbox could challenge the likes of Aereo by selling a device that an antenna plugs into, converts the signal to IP and sends it out to devices that are registered with that specific Slingbox. Maybe that’s too complicated, but if Aereo can do it on a large scale, why can’t Slingbox? They wouldn’t even have to provide the antenna if they didn’t want to.

The Slingbox 500 has some media center functions that don’t really interest me, but the company recently updated the firmware to add My Media support, allowing users to store personal media files, like photos and video, on their Slingbox to watch on their TV.

Overall, I give the Slingbox 500 a B+ — It’s works great and does exactly what it advertises. Make sure you have a strong Internet connect (20+ Mbps is ideal) at home, and you’ll be in good shape.

And if executives from Slingbox are reading: Make a box for cord-cutters who want to watch the networks on-the-go. As more people start cutting the cord, you’ll thank me. Call it the Slingbox OTA.