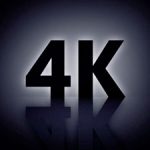 The test shows that the next-generation, high resolution signal can be accommodated over the satellite delivery chain.

“4K UHD is the next evolutionary step for television broadcasting, and just as Intelsat supported the smooth transition from SD to HD, so too will we be ready to support the transition to full-time distribution in this new format,” Peter Ostapiuk, Intelsat’s VP of media product management, said in a statement.

Intelsat’s Galaxy 13 satellite delivered a 4:2:2 10-bit, 4K signal at 60 frames per second, during the demonstration. The 100 Mbps video feed was encoded and decoded in real time by Ericsson, using its AVP 2000 contribution encoders and RX8200 receivers. New ted provided the modulation and demodulation hardware and the satellite downlink antenna was provided by Turner Broadcasting.

“Demonstrations such as this show operators that it is possible to start building the necessary ecosystem and a library of UHD TV content now as the industry readies itself for the roll-out of commercial services in the coming years,” Giles Wilson, Ericsson’s head of TV compression business, said in a statement.