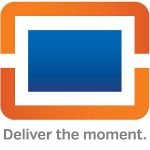 The channels, Amedia Premium and Amedia 1, simulcast in HD and SD and are distributed nationally through cable, satellite and IPTV operators.

The project represents the largest single order worldwide for Harris Broadcast’s Versio channel-in-a-box solution, which Harris says will allow Amedia to rapidly launch, sustain and protect their new channels and services. In total, Amedia is using nine Versio systems, providing full redundancy for the four channels plus one extra channel that supports preview functions throughout the broadcast production center. Branding, graphics and video server functions are all built into Versio.

Harris’ Selenio will provide all encoding, file transcoding and audio processing requirements throughout the broadcast facility.