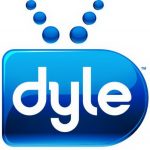 WFOR Miami is the latest station to start broadcasting a mobile DTV signal under the Dyle umbrella.

The CBS O&O joins WLTV (Univision) and WSCV and WTVJ (NBC) in South Florida in broadcasting a mobile signal. Miami viewers can watch the free, over-the-air broadcast if their smartphone or tablet is equipped with the right dongle adapter. Last month, Belkin released its new receiver accessory which takes advantage of the Dyle app. Elgato and Escort also sell mobile TV tuners for their respective apps.

In a company statement, Dyle executives said they are excited to have the Miami CBS station light up its mobile signal. “The addition of CBS 4 continues our momentum to provide live TV programming to users across the country and we look forward to further expanding our footprint in the coming months.”

CBS is a minority investor in streaming technology provider Syncbak, but has yet to release a group-wide plan on how they intend to use the technology and monetize it.