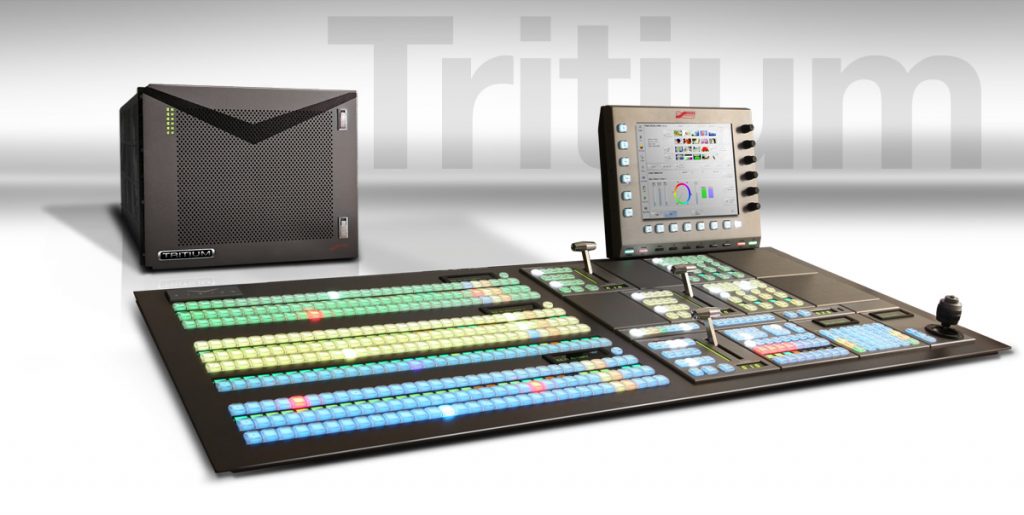 Ross Video has combined the features of Vision Octane into what the company is calling a “truly affordable” switcher.

“With Tritium there is no basic package — no options necessary, as the system is fully loaded with an amazingly powerful feature set that is unmatched,” said Nigel Spratling, Ross’ switcher business development manager, in a statement. “When we introduced Carbonite we reset expectations for cost and performance of 1 and 2MLE systems, and I am convinced Tritium will do the same thing. All the power and modularity of Vision rolled into a truly cost effective new package.”

In an email to Playout, Spratling said the new Tritium is not a stripped down, low-cost product aimed at lower markets.

“It is a fully featured, high-end switcher that, in fact, has more power than many currently installed in network level broadcast,” he said, adding that it works with OverDrive, the company’s automated production control to is used by the likes of ABC and NBC in New York.