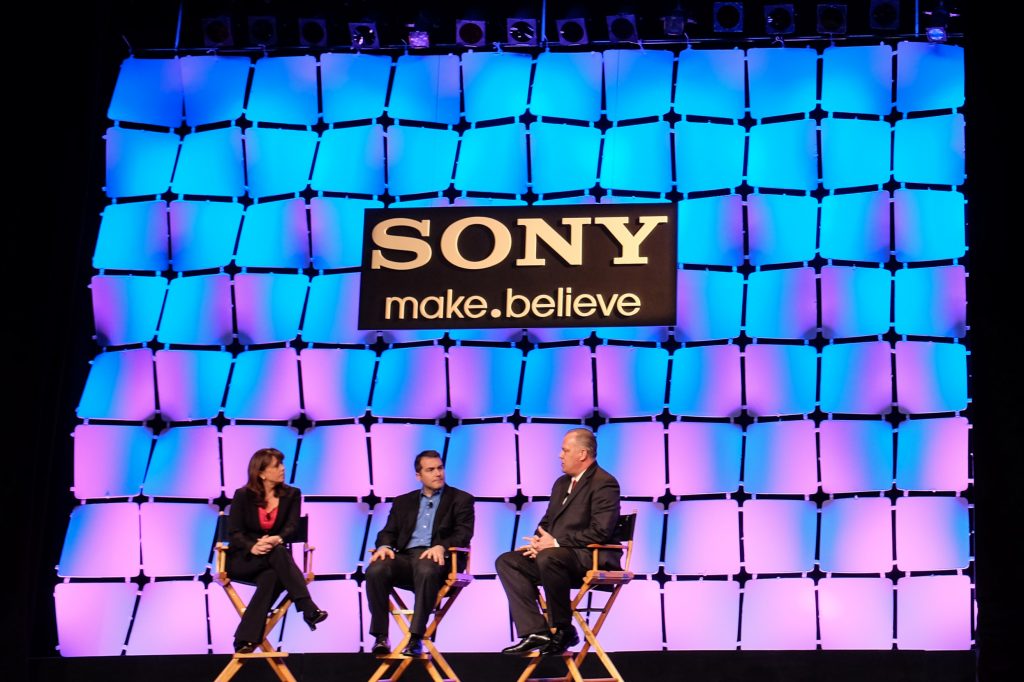 “To be able to store and manipulate our assets in the cloud fits right into our workflow,” says Ocon. “We’ll be working on deploying it soon.”

Ocon spoke at Sony’s press conference on how his station group is using the Sony VJ Backpack, which consists of a Sony HXR-NX30U HD camera, Sony Zperia tablet, Sony VAIO laptop (loaded with Vegas Pro software) a tripod, a wireless UWP-V1 lavaliere mic, handheld mic, headphones, an LED video light and all the cables, batteries and chargers that a one-man-band journalist would need.

“For Gray, we really just got involved in the overhaul of our culture and thinking on how to bring content to the newsroom,” says Ocon. “So far, we’ve been very pleased with the results.

Sony Ci, which Sony executives were calling a “game-changer for the industry” at the press conference, is a virtual workflow that aims to revolutionize the way broadcasters share and manipulate content from anywhere in the world. The full suite includes media asset management, video logging, audio sync, frame match and review and approval tools.