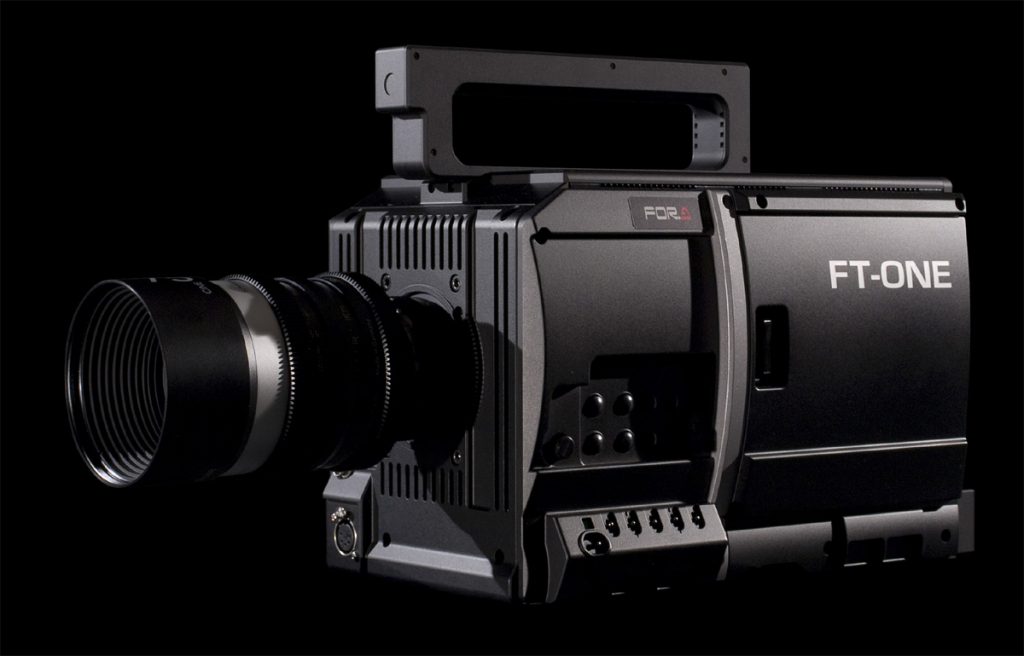 Just like football fans would love to see the Vince Lombardi Trophy that’s awarded to the Super Bowl champion each year, broadcasters would love to the see the hi-tech cameras used to shoot the game.

Those broadcasters are in luck at this year’s NAB.

For-A Corp. is showing off its FT-One 4K super slow-motion camera at this year’s show — the same camera model that CBS used for its Super Bowl coverage and Heyeper Zoom system.

The FT-One records up to 900 frames per second using the company’s high-sensitivity CMOS color sensor, and records and plays back in full 4K. CBS used the higher resolution (4096×2160 pixels) to zoom in on any close calls and broadcast the picture in traditional HD.

The FT-One captures images as uncompressed raw data on the system’s internal memory, which has a recording capacity of 9.4 seconds. That data is then stored on one of two hot-swappable SSD cartridges, each of which is capable of storing 84 seconds of full 4K resolution images at 900 frames per second.

For-A’s exhibit is at booth C5116 in the Las Vegas Convention Center.