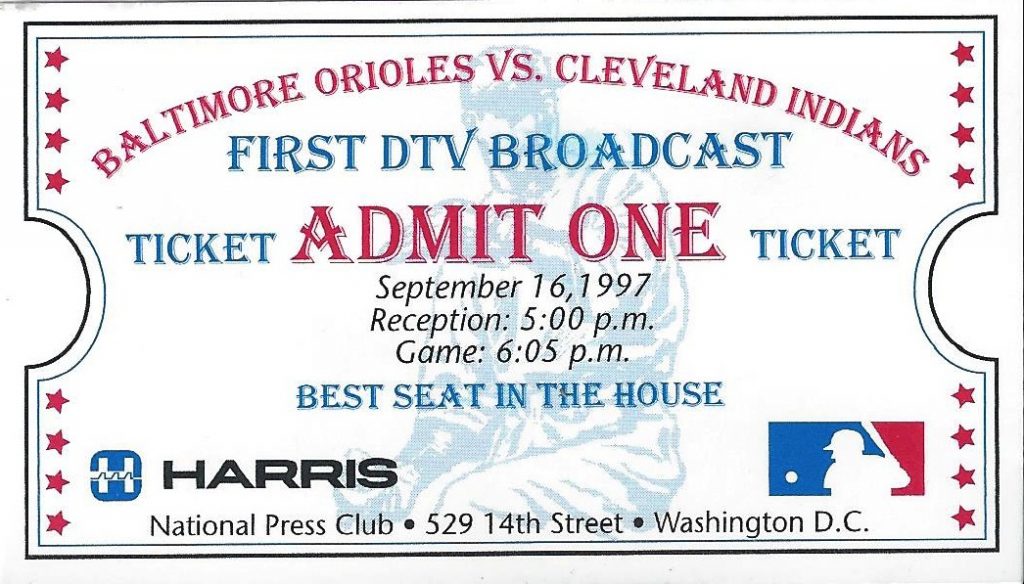 The 2013 March Madness basketball tournament wraps up this week, but America’s favorite pastime is just starting.

Opening day for the Houston Astros and Texas Rangers was Sunday night, and dare I say it, but the Astros are undefeated! My team, the Detroit Tigers, are on the diamond at 4:10 p.m. ET today vs. the Minnesota Twins.

My editor Harry Jessell (a loyal Pittsburgh Pirates fan…) sent me some blog fodder over the Easter weekend that ties in nicely with baseball’s opening week.

Opening day 13 years ago was still being broadcast in standard definition. On September 16, 1997, nearly 60 years after the first televised baseball game, Harris Corp. hosted the first live digital high definition television broadcast to the National Press Club in Washington, D.C. The matchup between the Baltimore Orioles and Cleveland Indians was shown on a 16-foot by 9-foot screen.

(On a side note, the Orioles were really good that year, posting 98 wins, which was second only to the Atlanta Braves’ 101 wins. And the Orioles and Indians actually met in the American League Championship Series. The Florida Marlins, led by none other than Mr. Jim Leyland, won the World Series that year.)

The photo above is the actual ticket from the HD broadcast event.

Baseball Commissioner Bud Selig went on to say that the MLB was proud to be the first sport to be broadcast in DTV. “The fabulous picture and crystal-clear audio from digital broadcasting will make the viewer feel as though they’re right at the park.”

Can you imagine what a 4K, or even an 8K, baseball broadcast will look like? Will we be able to smell the hotdogs at the park?

The NAB’s Skip Pizzi said the 8K broadcast, which will be displayed on a 300-inch screen and include 22.2 channel surround-sound in an 80-seat theatre setup, is an immersive experience. “(NHK) sees behaviors changing,” he says. “People are getting closer to the screen where the video covers their field of vision to give this feeling of immersion sonically and visually.”

My mom always yelled at me for sitting too close to the screen, but I’ll try to bend the rules next week in Las Vegas.